I was at a conference the last five days; had hoped to be able to keep posting and stay on top of things in the meantime, but that just didn’t happen. Hilariously, one of the things I’d forgotten in my years of not being active on wrestling contact sites is what little butt-hurt bitches some wrestlers can be. Activating a profile on Meetfighters was nice, and so was all the attention. I try to keep up with responding to messages, but I do get, with all due modesty, a lot of them; same with Globalfight. But some people…if you don’t respond to them in what they consider to be a proper amount of time will send you a really bitchy message and then block you! I’d forgotten about that aspect of contact sites in my long absence. Of course, it’s amusing to me; wow, you sure showed me! I have LEARNED MY LESSON by being denied forever any chance of ever meeting or wrestling you.

And yet you think I’m arrogant. Okay.

So, where was I? Oh yes, Big Joe was being used a ring mop by vicious ultra heel Dick Rick. I kind of had figured that was how the match would go–I mean, it is Dick Rick, after all–but you know I like me some big boys, and so I was a little bummed. But I counted Big Joe out a little too soon.

The thing about the big boys is they are strong. And when your opponent has size on you, you’ve got to not give them the opportunity to let them use their size and strength against you (my big mistake with Mitch Colby, for the record). But when you’re Dick Rick, and you’ve literally beaten down every person who’s gotten into the ring with you–and this match is already going that way–you can forget, you can make the mistake that turns the match on a dime and suddenly there’s a new narrative.

Never get into contests of strength with stronger guy, and never let someone use their strength against you. A bear hug? You fucking let him get you into a bear hug?

What were you thinking?

And once Big Joe has started working over the hapless heel’s back…and let him overpower him…yeah, BIG mistake.

I love a sweaty man. 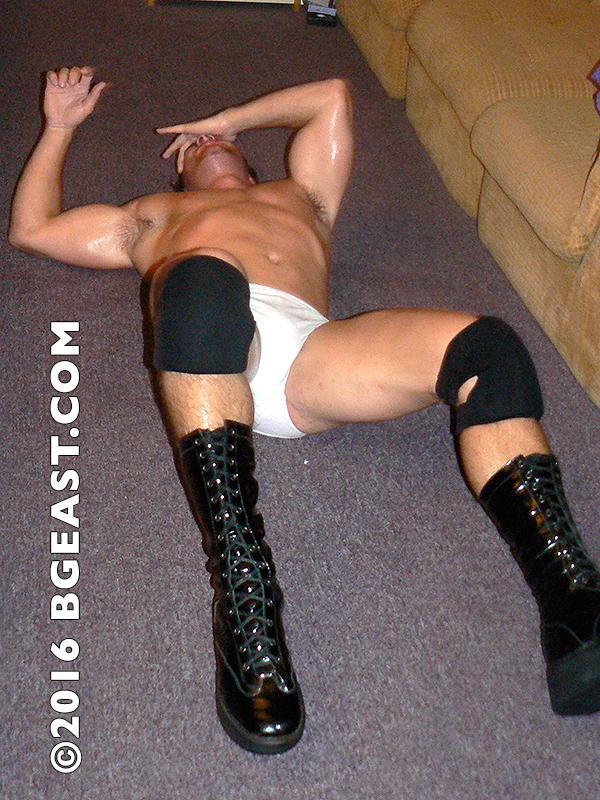 And in the end, Dick Rick doesn’t know what happened, where he went wrong…and probably spent the rest of the night thinking about his choices.