So, I’d put the Baron to sleep and it was just me and Kid Karisma left on the mats. 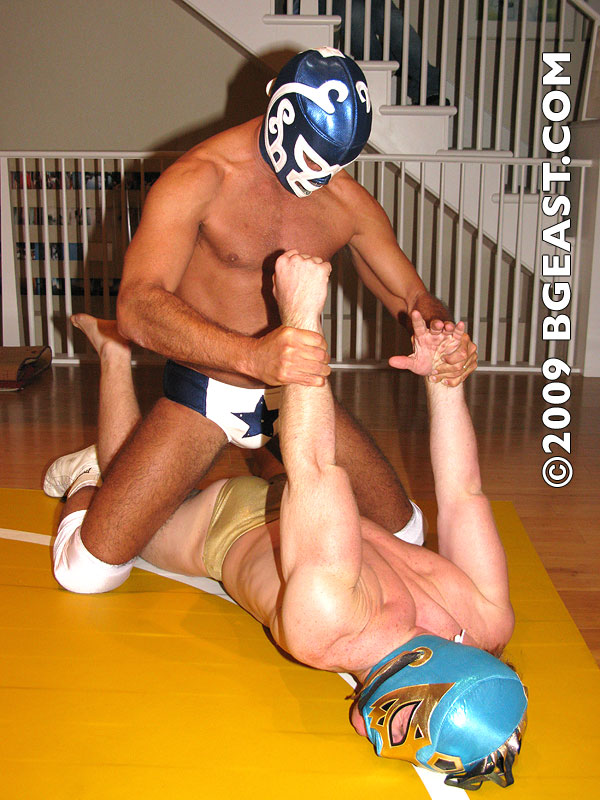 The Kid suffered beautifully. And so athletic, too. And he never gave up. He kept trying, kept coming back for more no matter what I threw at his hot ass. 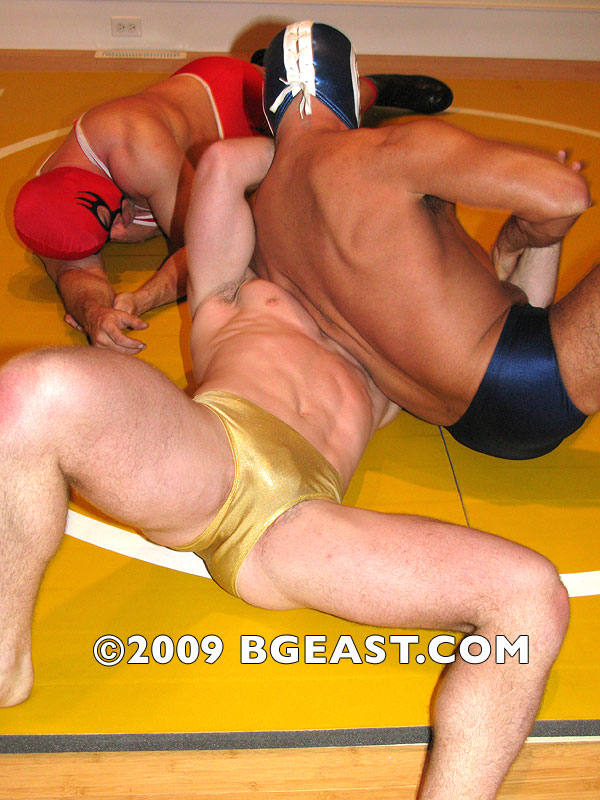 Alas, Baron didn’t stay out. And distracted as I was by my workover of Kid Karisma, I didn’t see him get to his feet until it was too late.

The nerve of the fucker! Trying to put me to sleep? Making me turn my attention away from the bounty that was the body of Kid Karisma? 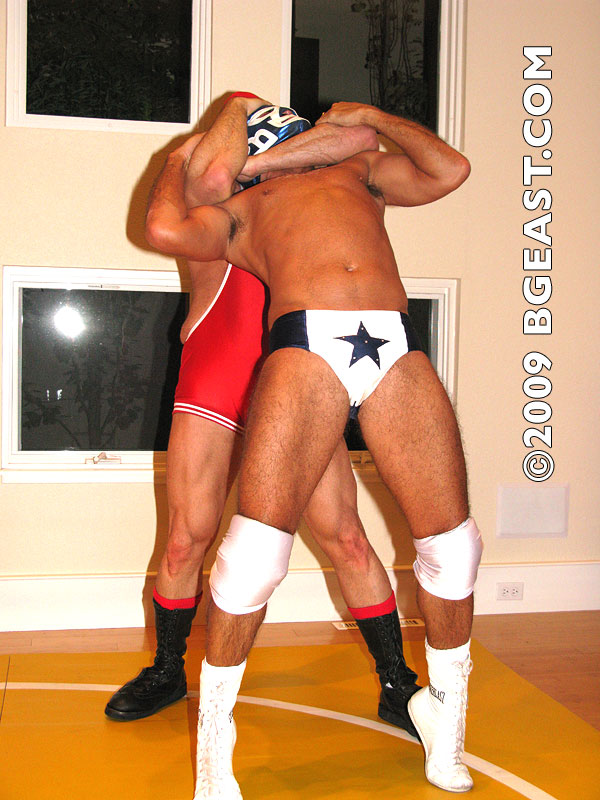 That didn’t sit well with me. And you know, as I was beating the shit out of him for the second time, I also had to give him some props. Most wrestlers would have come to and slipped away before I noticed…but Baron not only did not do that, he came back for more.

But this time, I made sure he was finished before I was able to get back to work on the Kid. Again–the Kid could have escaped and headed for the hills. Instead, he waited to take me back on again. Probably thinking Baron might have worn me out, worn me down some…but the Kid wasn’t skilled enough yet to pull off such an impressive feat.

And it wasn’t until I took his mask that he finally surrendered. 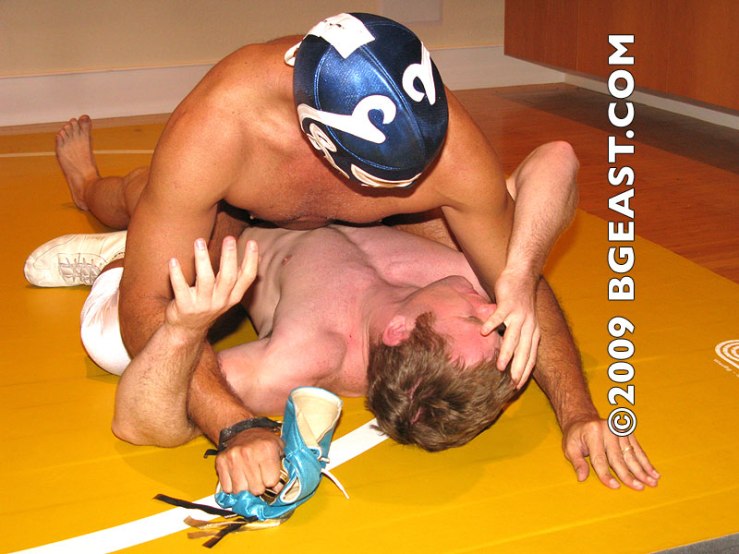 Again, I have to give the Kid props. After being mauled, in turn, by two hot heels in his debut before the cameras, he could have easily just said “fuck this, I ain’t working for BGEast again.” Instead, he started training; learning how to be a better wrestler. He took a few more beatings along the way, but now he is one of the nastiest heels in the company roster. I’ve followed his career with pride and admiration as he has kicked the shit out of some nasty studs at BGEast.

I’m also a little proud of the fact that I am one of the only wrestlers in BGEast history to hand his hot little muscle ass to him.

I also regret never getting the chance to take on Red Baron in a one-on-one. He was sexy, hot and fun. It would have been a classic.

Writer and wrestler. View all posts by cagethunderdome

This is a text widget, which allows you to add text or HTML to your sidebar. You can use them to display text, links, images, HTML, or a combination of these. Edit them in the Widget section of the Customizer.
%d bloggers like this: